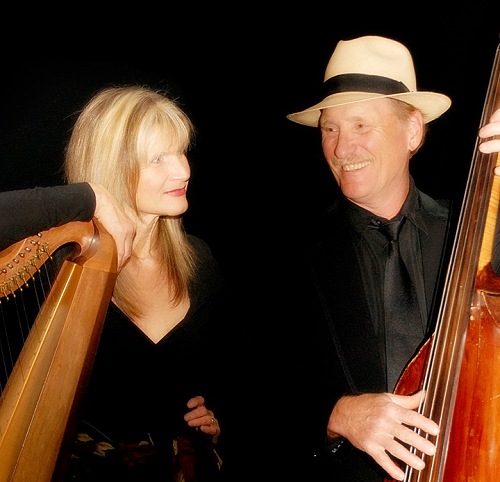 Christine and Rob Bonner will be joined by their friend and world renown multi-instrumentalist, Joe Craven, on violin, mandolin and percussion.

Folk harpist, Christine Bonner, is a stunning harpist who has performed for many years in concerts and special engagements throughout the West Coast. Many of Christine’s compositions are inspired by her early California ancestors, the Berryessa family. Her love of music is equaled only by her love of art. 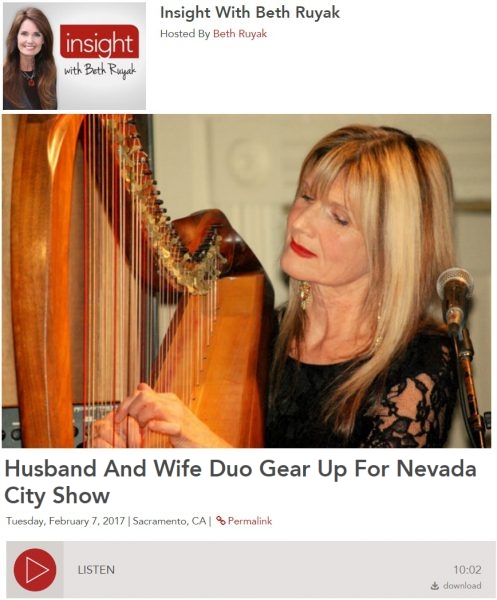 Her musical style includes a bold and rare blend of Latin, Celtic, Classical, and Jazz. Christine’s music delves into her own family history for inspiration, and traces the ancestral journey of the Berryessa family from their native Spain to the ranchos of California. The result is “a unique and alluring mixture of acoustic string instruments and percussion that persuades the listener back into a time of palatial homes built amid gentle rolling hills and wind swept trees.”

Rob Bonner is a self-taught guitarist, with extended talents in bass guitar and violin. His moving compositions are heavily mused of experiences and memories of his tour to Vietnam.

After safely returning to the United States in 1972, Rob formed the South Loomis Quickstep Band with fellow super-pickers, Joe Craven and Mark O’Connor. The group boasted unique style of solid bluegrass, along with firmly rooted traditional music of southern Appalachia.

South Loomis Quickstep Band performed with many noted and talented artists including: Buck Owens; Hoyt Axton; Elvin Bishop; Cheech & Chong; John Hartford; Asleep at the Wheel; Emmylou Harris; Doc Watson; Tom T. Hall; Rick Nelson; The Kingston Trio; The Sacramento Symphony. They also performed for Present Carter and President Ford. Rob and the band were also featured in a performance with the Auburn Civic Symphony during the Symphony’s annual “Day on the Green” concert. The group toured throughout the U.S. and Europe until they disbanded in 1985. 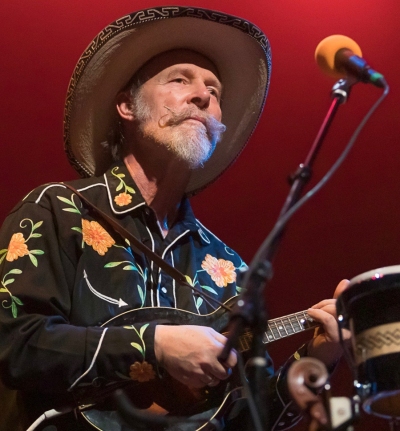 Joe Craven is not just an entertaining musician with a penchant for the mischievous, he is a teacher and student all at once. He’s known for reimagining existing music with reviews such as, “this is either sacrilege or The Second Coming.” Whether with corporate heads in Contra Costa, young men in a juvenile detention center, homeless shelter families, a university lecture in wherever, jamming with Gnawa musicians in Morocco, on stage at Carnegie Hall with Stephane Grappelli, on stage with an angel food cake pan in front of thousands of school kids in Scotland… no matter who and what Joe’s connected with, he’s at home and loving every minute.  Joe and John Girton toured and recorded extensively in the 1990s.