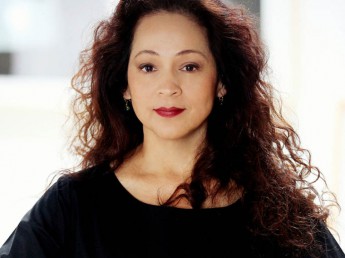 “Simply put, Perla Batalla has one of the most breathtaking voices on planet Earth.”

Perla Batalla, a Los Angelina of Mexican descent, is is described as having a vocal gift so deeply expressive as to belong in a class alongside some of the best singers of our age . She first rose to prominence as one of Leonard Cohens backup singes. According to Variety Music””…Batalla has a glorious, supple voice, with the vocal power to sing the bluesy, Bonnie Raitt-styled “Holy Roses” and the finesse needed to bring new shadings to Leonard Cohen’s “Bird on a Wire….” Opening the show will be Kimberly Bass joined by Paul Kamm and Eleanore MacDonald.

Grammy nominated vocalist, composer, and arranger Perla Batalla was born in Los Angeles, CA. Her father was a musician and owned a popular Spanish language record store. She first gained international attention as a backup singer for Leonard Cohen who later encouraged Perla to embark on a solo career.

Perla released her debut cd, Perla Batalla on the Warner/Discovery label to great critical success.  Like many original artists, Perla opted to go independent early on, releasing her second album, “Mestiza” (meaning of mixed blood) on her own Mechuda Music label. “Heaven and Earth” followed, completing the Mestiza song-cycle. Both CD’s were co-written with David Batteau. They offer a vision of a vibrant culture still nourished and inhabited by mysticism, imagery, magic and myth. Amazon named Mestiza Best Independent Release of the year.

“Discoteca Batalla” was Perla’s follow-up album to the Mestiza song cycle. An innovative undertaking of contagious rhythm and pure joy, it was recorded in 2002 as an homage to her parents record shop of the same name. Discoteca Batalla is a compilation of new compositions interspersed with pristine treatments of traditional Spanish language classics arranged to reflect Perla’s rich bi-cultural personal and musical heritage. In 2004 Perla was invited by The Kennedy Center to perform songs from the album as artist in residence.

Ms. Batalla’s 2007 tribute to Leonard Cohen entitled “Bird on the Wire” (also nominated for a Grammy) has been embraced with open arms by die hard Cohen fans and critics alike. As Sing Out magazines Michael Tearson wrote: “Beautifully conceived and executed, Bird on the Wire is a rewarding listening experience I find myself returning to frequently. It is every bit the equal of Jennifer Warnes classic Cohen tribute album Famous Blue Raincoat. For those uninitiated to the glories of the songs of Leonard Cohen this is a wonderful introduction. For the rest of us it is simply heavenly.”

Perla’s concert film appearances in Hal Wilner’s Cohen tribute, “Im Your Man” and featured a cast that included Rufus Wainwright, Nick Cave, Beth Orton, Antony, and Teddy and Linda Thompson. The Spanish film, Acordes con Leonard Cohen had Perla sharing the stage in Barcelona with Jackson Browne and John Cale. Perla has worked on the other side of the camera as well, arranging and musical directing comedic vocal scenes for Will Ferrell’s “Stepbrothers”. Ms. Batalla has also been brought in as a hired gun by the studios as vocal coach/miracle worker for a various actors, including Jeremy Piven of HBO’s Entourage.

Perla’s next release, “Gracias a la Vida” in 2008, is her anthology of traditional South American songs inspired by a heart-awakening trip to meet her Argentine family. The results are a great introduction to early Argentine Tango-song.

In keeping with the annual tradition of recording a holiday song with her daughter, in 2010 Perla released a first collection of favored Holiday songs entitled “We Three Kings.” (Chosen as KCRW’s top tune for Christmas.) In the upcoming release, “Love is Everything”, Perla and L.A. piano jazz great Karen Hammack reveal rare mastery of creative tension and breath-defying phrasing ultimately confirming the inexhaustible beauty of such great songs as The Nearness of You, The Very Thought of You and A Nightingale Sang In Berkeley Square.

In 2011 Perla Batalla was commissioned by LACMA to compose and perform an original composition to celebrate the opening of “The Adventures of Women Surrealists in Mexico and the U.S.” Perla and songwriting partner, David Batteau are currently building that spark of an idea into a full-length theatrical concert called “Blue House.” This original song cycle is inspired by the frescos, canvasses and private journals of two of the most important Mexican painters of the twentieth century, Diego Rivera and Frida Kahlo. The show explores the passion and process of these two rare creative geniuses, framed by a fearless love affair charged with ego, agony, betrayal and devotion. “Blue House” is many things, but most of all, a love letter to art itself.

Perla Batalla’s mission of honoring her roots and exposing young audiences to the beauty of music and the Spanish language is ongoing in her outreach endeavors throughout some of the under-served communities in the United States. She has been the recipient of the United Nations Earth Charter Award for extraordinary devotion to social and economic justice. She is also the recipient of Border Book Festivals’, Premio Fronterizo Award for healing work in the world.