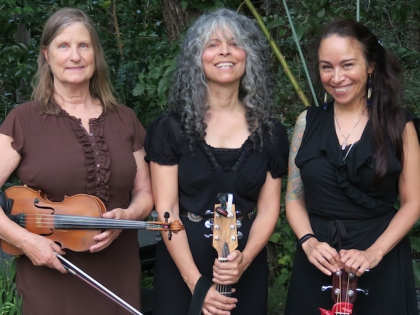 The Heifer Belles celebrate the release of their new recording Midnight Blue.

Juliet Gobert and the Heifer Belles celebrate the release of their new recording Midnight Blue with a concert at the historic Nevada Theatre on Thursday, November 3 as part of Paul Emery’s Nevada City LIVE! concert series.

The Heifer Bells fourth studio recording, Midnight Blue, will be available for purchase at the concert. The new record features all original songs recorded at Cedro Recording Studio in Nevada City. The band has previously release three CDs – Heifer Belles, The Way and Ranch Women’s Prayer.

The Heifer Belles began as friends getting together for casual picking and singing.  The result, a blend of back porch Americana, took them out of the living room and into the world to perform.  The group’s songs range from tongue-in-cheek to heartfelt to socially insightful.  Juliet Gobert, song writer and lead singer, plays guitar alongside bassist Toni Valenta (Belly Love) who brings harmony vocals.  Nici Van Kreidt is a highly sought-after violin teacher whose influences range from classical to Grateful Dead to Gypsy jazz.

“Juliet Gobert’s music and stage presence is captivating beyond all expectations. A beautiful emerging artist, Juliet’s music is reminiscent of a gorgeous autumn sunrise, full of natural beauty and the promise of a bright, sunny future. Her creative songwriting and beautiful lyrics coupled with her crisp, crystal clear voice captures audiences wherever she goes.” – Dennis Brunnenmeyer, Nevada City Limits, KVMR Radio

“Juliet Gobert’s voice is platinum gold, and her haunting vocals stay with you. You may have found Juliet playing at the Nevada City Farmers Market or at one of our local establishments like Friar Tucks. No matter where you hear her play, you will be drawn in by Juliet’s angelic voice.” – R. Senum – Nevada County Sustainability Team 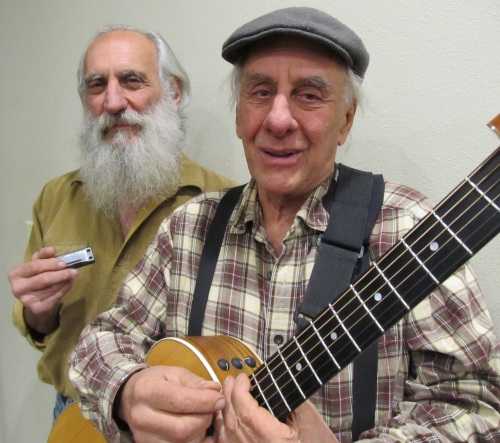 Opening the show will be Paul Emery & Eli Rush.
Paul Emery is a member of Backwoods Jazz with Anni McCann and Tom Schmidt. He is creator of 1000 Kisses Deep – The Songs of Leonard Cohen, which has performed around Northern California to sell-out crowds. Paul is also a founding member of the Foothills Flyers duo with Ray Mann and the ground-breaking Greater Carmichael String Band. His production company, Paul Emery Presents, has been an essential part of Nevada County’s vibrant music scene for decades.

Eli Rush has traveled to remote parts of the planet and paddled over 2,000 miles of rivers in wilderness areas across the world as a guide and photographer. When he’s not paddling the in the Amazon or Yukon, Eli is often found accompanying guitarists and other wildlife on harmonica.