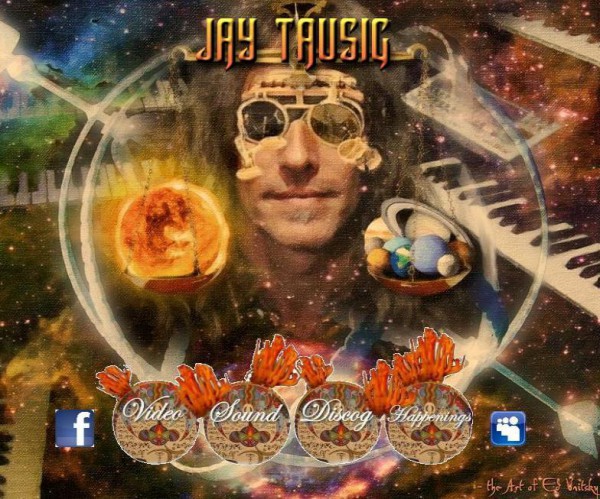 Jay Tausig talks about his music

It all began in 1967, a year after my fall to Earth, when I became overwhelmingly and instantly fascinated with the piano. My family did not own one, but relatives did and you practically had to drag me off the keys when I was there.
This ultimately led to a life-long dedication to creating and appreciating music.
When I was 7 years old, the first 2 Albums I owned were: ELP “Tarkus” and Joni Mitchell “Blue”. As different as those two musical worlds were, they both had an equally enormous impact on me as a musician, singer and composer. My initial dream was to blend the light and fluid sounds of Joni, and the over the top, bombastic flavors of ELP into something that would eventually become my own style.
I started playing guitar at the age of 9. I really started out wanting to play drums, but my parents didn’t seem to think that the neighbors in our Bronx apartment building would let me live, so guitar it was.
The Drums would come to be a big part of what I would do down the road…as well as a few other instruments added to the arsenal over time.
Between 1989 and 2007, I released many an original recording on my own label and appeared on Tribute Cd’s to some of my favorite bands (Genesis, King Crimson, Peter Hammill & VDGG) . Live and Studio Projects during this time included D’arcana, EMotive, Lunar Sea and Solid Space. I feel very lucky and honored to have been able to play with, and pay tribute to, so many great artists.
Between 2010 and 2012, as a solo artist, I have released 2 independent solo recordings on my own label, “The Implications of Invisibility” (a more straight forward Rock Music release), and”Ipse At Non Solus” (an Instrumental Prog recording) and have produced and released my own versions of songs by Todd Rundgren, Jethro Tull, Pink Floyd, Steve Hackett, Yes, Amon Duul 2, Helios Creed, and The Pretty Things for other labels.