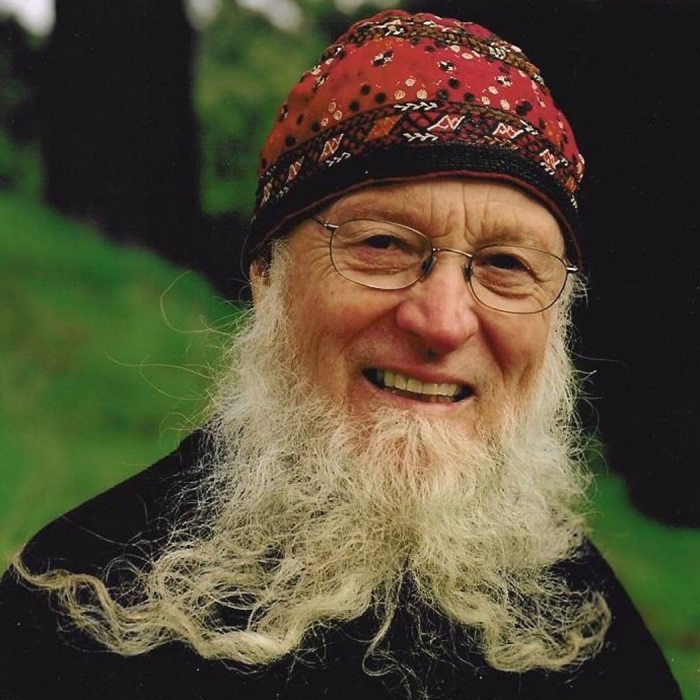 Composer/pianist/vocalist Terry Riley is widely considered the father of Minimalism, launching the movement in 1964 with IN C. His recordings, A Rainbow in Curved Air and Poppy Nogood and the Phantom Band made a huge impact on the classical, jazz, rock and electronic scenes when they were released by CBS in the late 60’s

His solo all night concerts set the stage for the Raves that would follow decades later and his early experiments with tape loops, tape delays and the creation of the Time Lag Accumulator anticipated today’s looping and sampling movement.

He has been honored with Guggenheim , Fromm and NEA awards, among others.

Terry studied piano with Duane Hampton, Adolf Baller and Wally Rose and composition with Robert Erickson.  He taught composition and Raga at Mills College in Oakland for a decade (1971 to 1981).

He has written in almost every genre, including over 25 works for String Quartet; most of them during a 37 year association with the Kronos.

These include 7 symphonic works, including concertos for string quartet, violin, violin and 2 guitars, electric violin,  piano and pipe organ and a chamber opera, The Saint Adolf Ring.

Terry has toured over the past 22 years in duo with his son guitarist/composer, Gyan Riley.