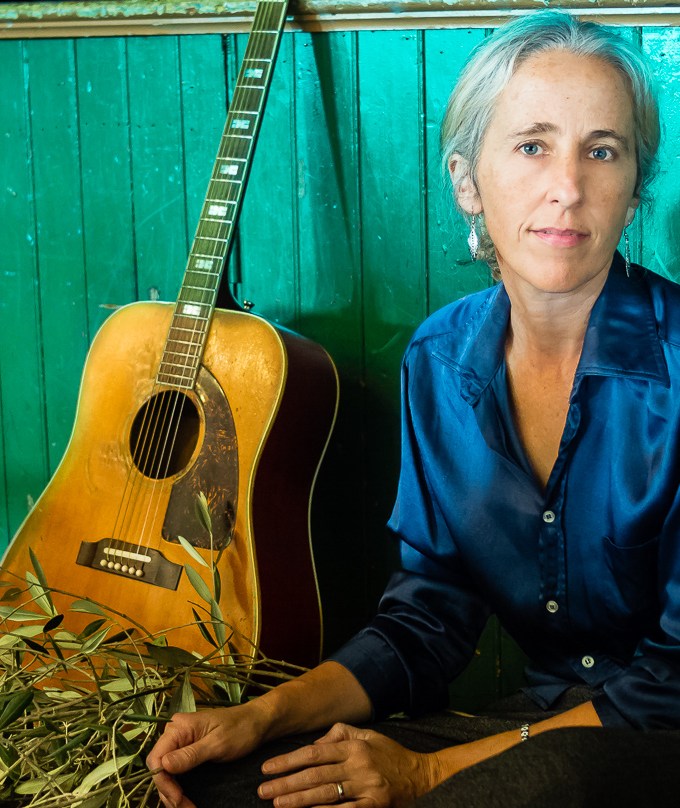 Rita Hosking’s style of country-folk has been lauded for story and sense of place, and her performances praised with capturing the audience. Honors include winner of the 2008 Dave Carter Memorial Songwriting Contest at the Sisters Folk Festival, finalist in the 2009 Telluride Music Festival Troubadour Contest, and honors in the International Songwriting Contest and West Coast Songwriters’ Association. “This California girl comes by her mountain music sensibility with true authenticity, with original songs deeply rooted in her family’s frontier experience,” (Dan Ruby, FestivalPreview.com) and Rita’s fans call her “the real deal.” A descendant of Cornish miners who sang in the mines, Rita grew up with deep regard for folk music and the power of the voice.

While working to support herself, Rita earned a B.A. in Religious Studies with a minor in Cultural Anthropology from the University of California, Davis. Coursework focussed on world religions, culture, psychology, and creative writing. She then earned a California Teaching Credential in Social Studies from Sacramento State University, and honed her storytelling and organizational skills with over ten years of 8th grade U.S. History students.  While music always remained an interest, Rita gained perspective into the universal human psyche from an intellectual standpoint that would later be integrated with her own story.  The music she produces today is an amalgamation of her university studies, teaching experience, motherhood, and the humanity that has moved her since her childhood in the hard-hitting mountains of Northeastern California. In returning to her early love of singing and songwriting, Rita found a natural and accessible way to share this embracing of spirit.

Rita began recording and publishing in 2005 with Are You Ready? and followed in 2007 with Silver Stream. For Come Sunrise, Rita’s 2009 record, she ventured to Austin, Texas to work with producer, engineer and guitarist Rich Brotherton (of the Robert Earl Keen Band).  Come Sunrise won Best Country Album Vox Pop in the 2010 Independent Music Awards.  With Rich, Rita found a great recording partner and went to create 3 more albums at Rich’s studio, Ace Recording in Austin.  Burn, an album from 2011 that featured a couple songs about demolition derby, was placed in the “Top 10 Young Female Artist Releases for 2011” by No Depression Magazine, and listed as a “Hidden Gem of 2011” by the UK’s Observer.  Her 2013 release, Little Boat, is a record of intimate songs made purely with Rita’s family, Rich, and Rich’s wife Kathy.  It was selected by the Telegraph as one of the “Top Ten Country Albums of 2013.”

In late 2015, Rita released her sixth album in the last 10 years, Frankie and the No-Go Road.  In a departure from her first five records, Frankie and the No-Go Road is a thematic album that follows a hero’s journey, with twelve songs tracing twelve steps of the journey.  It’s a soundtrack-like exploration of the human psyche and American spirit, accompanied by Rita’s own artwork, animated video, and even paper maiche masks and theatrics used at the CD release concerts.  The album was awarded a “splendid” five stars from the Telegraph, and called “one of Americana’s finest concept albums” by the Observer.