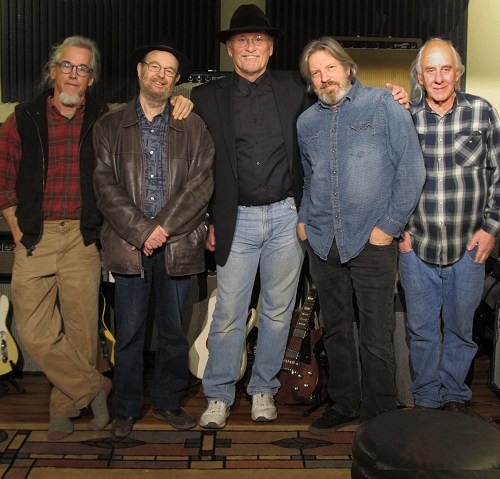 “Peter writes, plays and sings wonderfully well and his songs are filled with humor, heart and conscience. He’s a philosopher-wise-guy who hits the nail on the head without bending it.” – U. Utah Phillips

At the Jan. 30 show, Wilson and friends will perform a mix of folk, jazz, blues and honky tonk music.

When a night opened up to play music on the same stage at the historic Nevada Theatre where Mark Twain, Jack London and Lola Montez had performed, local musician Wilson jumped at the chance.

“It’s a magic place to place for acoustic music. It’s really special. I couldn’t resist it so I called up my buddies,” said Wilson, a frequent performer in Nevada County since he moved to the region in the 1970s.

“We have a great repertoire in common. These are songs we’ve all played hundreds of times. It’s music we love,” Wilson said of the line up of old favorites, traditional, all kinds of standards and some original songs.

Typically a solo performer, Wilson first came to the region in 1979, drawn by the rich musical scene. During his long musical career he has teamed up with numerous accomplices and has known all of the musicians in the Jan. 30 show since the 1980s. The show’s timing coincides with Wilson’s own quest for a new creative endeavor.

“I’ve been scratching my head over a recording project. I kind of had this cooking up in my brain,” Wilson said.

This is the first public gig for Wilson and Rob Bonner who have spent many a late night jamming by the fireplace in Dutch Flat.  Bonner is a founding member of the seminal Northern California bluegrass band South Loomis Quickstep and a regular performer with his wife, harpist Christine Bonner.

For two decades, Producer Paul Emery and Peter Wilson sang train songs while strolling the aisles of the Reno Fun Train. During the 1980s, the Gold Hill Family Saloon in historic Gold Run hosted a Sunday bluegrass jam every Sunday where Wilson and Tom Menig led the jammers and kept the crowd ordering pizza and beer.

John Girton charmed music lovers with Wilson at the Stone House Brewery and the California WorldFest with swinging blues and jazzy folk music. They go back three decades to the days of the Bennet House, Paul Emery’s house studio, a musical institution of the 1980s where Wilson’s daughter was born.

“We all did a lot of recording there.  I’ve played a lot with both Peter and Paul over the years. I’ve also known Tom Menig for many years and play in the Chillbillies band with him. It’s always great to make music with talented local musicians after being on the road for years with Dan Hicks and Maria Muldaur,” said John Girton.

The evening will begin with duos and conclude with a quintet for the grand finale. 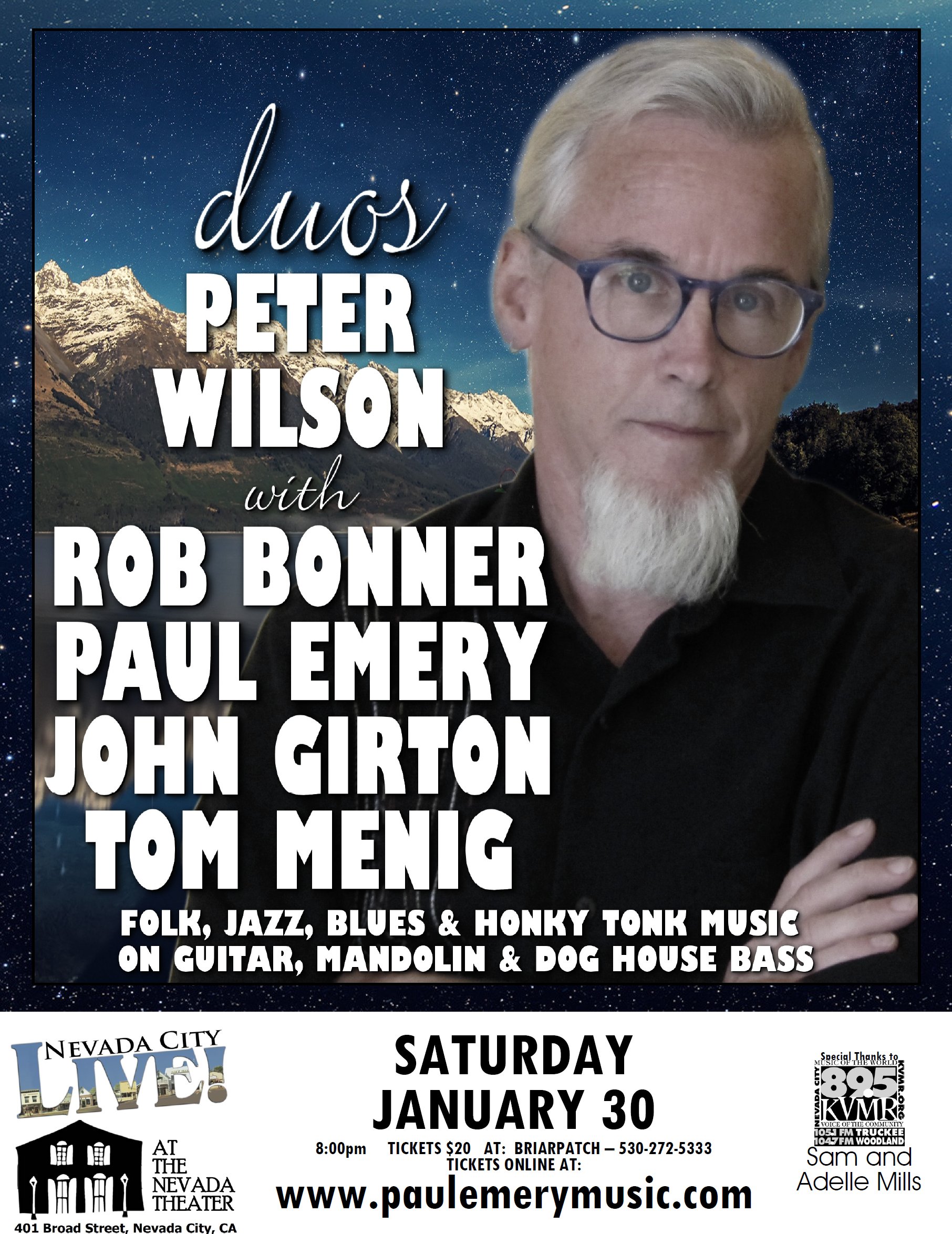