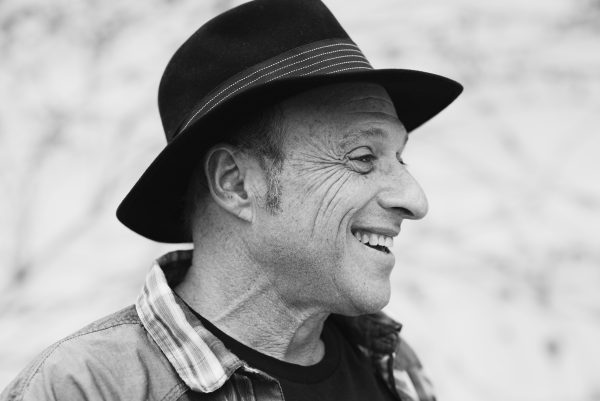 “Dan Bern is at the top of his game with “Regent Street.” Adventurous, undeniable, alive, and one of Bern’s best records. I was blown away by all of it.” – Steve Almond author and social critic

Dan Bern’s highly anticipated new album “Regent Street” comes out September 13th. A stunning collection of songs that plumb new artistic depths, “Regent Street” is a stand- out in Bern’s impressive discography. The release tour kicks off this fall in Colorado with surprises and special guests all along the way.

While Bern may be best-known for his masterpieces “Jerusalem,” “Marilyn,” and “Tiger Woods,” he has released 25 albums and EPs, and played thousands of shows across North America and Europe. He is a captivating live performer with a loyal, multi-generational following. Ani DiFranco, an early supporter of Bern’s, took him on tour with her and produced his second album, Fifty Eggs. Bern’s songs have appeared in numerous films and TV shows, and he has written original songs for the films Walk Hard — The Dewey Cox Story and Get Him to the Greek, as well as the 15-song soundtrack for Everett Ruess, Wilderness Song, a documentary produced by Jonathan Demme.

A visual artist, in 2019 Bern had gallery showings of his paintings in Islamorada, Florida; New York City, and San Francisco. These shows also combined live musical performances. Bern is the author of several books, including his latest, Encounters, a collection of poetry based on Bern’s chance meetings of such figures as Jimmy Carter, Bruce Springsteen, Hunter S. Thompson and Wilt Chamberlin. Bern hosts a podcast — 10,000 Crappy Songs — a radio drama of a songwriter-turned-detective. He also runs the 24/7 internet radio station, Radio Free Bernsteinn. 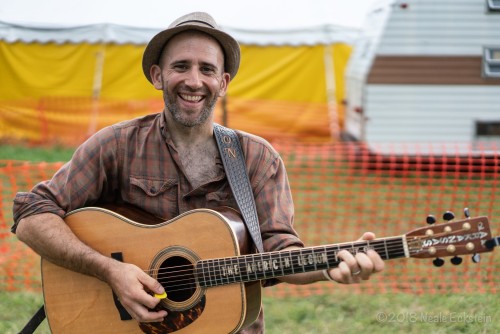 “I was thrilled to hear Justin Farren at a folk music conference a couple years ago. He is an incredibly original artist with a lot of verve and energy, and a terrific guitarist. He will absolutely charm you with the strange humor and cleverness of his lyrics.” – Rich Warren, Folk Stage Chicago

Justin Farren was raised on the outskirts of Sacramento. Riding bikes up dirt hills with his brother and the neighbor kids. He was always a person of intense focus.

The story goes that he learned to read at three, and ride a motorized dirt bike at four. But legends are common in his family, from grand larcenist to circus perfomer ancestors and a solo pilot grandma.

Justin was the lead shot putter at his school, and had a perfect basketball shot. He loved sports, football, soccer, basketball, and hoped to play professionally one day.

Then, there was a bend in the road when his brother decided they should start a band. Justin got a bass and his brother a guitar. They bought a book of basic chords, and Justin switched lanes. His master focus shifted from sports to songs and, since then, songs have been what mattered most. He learned albums by ear from start to finish, it was the real beginning of ‘doing it yourself’ for what became a do it yourself man.

At 15, he bought Yellow, the truck of his life. He rebuilt the engine, twice. (The first time it burst into flames.) This is just one example of how he became an independent, stable person well before his peers. In truth, Justin seems to be aging in reverse, younger and younger as the years pass. He is way more likely to toilet paper a house now than he ever was as a kid.

Justin wanted to record albums, so he became a recording engineer. Justin wanted his own house, so he built it from the ground up. Justin wanted to work for himself, so he took his house building knowledge and became a handyman extraordinaire. Really, he’s like what many of us may think of our grandparents: Intense, hardworking, autonomous, highly skilled in their pursuits.

Which leads us back to songwriting. He looks at a song in a multidimensional way, but the end result is enchanting, and feels effortless. Justin plays a cheap guitar, but is often asked about its tone.

Justin lives a humble life in small house in the most working class part of town. Still driving old Yellow, and wearing mostly previously owned clothes. He lives abundantly, he eats real food, and plays music with his favorite people.