THIS CONCERT IS SOLD OUT!
Alisa Fineman & Kimball Hurd opening
A Fundraiser for KVMR 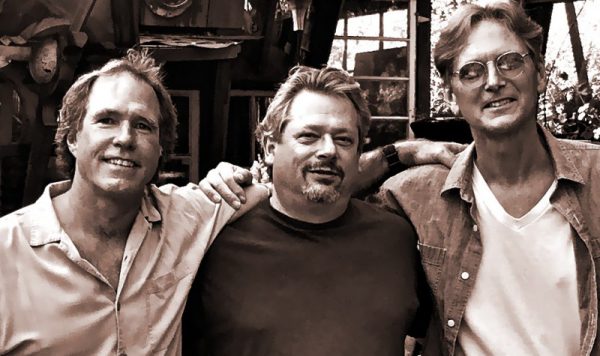 City Folk is comprised of Keith Greeninger, Kimball Hurd and Roger Feuer. As the name implies it is “folk” in the traditional sense that it is music of and for the people with substantive and topical lyrics, yet with a contemporary urban edge. Their meticulous three-part harmony is underscored by a richly textured fabric of acoustic instrumentation; handcrafted material that speaks to the complexities of our modern landscape as well as the intimacy of an evening of friends and family around the kitchen table with candlelight, conversation, good food and wine.

The subtext of their music is a healthy and whole community. Passion, integrity, respect and gratitude and a “hands and voices-on” approach to making this world a healthier, happier and better place for all its inhabitants. City Folk is a positive experience and a positively uplifting one.

“Shimmering awe inspiring music that has captivated audiences with engaging rhythms and enchanting three-part harmonies….most comparable to the “super group” Crosby, Stills and Nash . City folk is a gem of a band ….NOT TO BE MISSED!” – Santa Cruz Goodtimes ‘09

“I never had a better time at a music festival! Never! Big nationwide names and people I’d never heard of……far and away favorite for me was City Folk….their harmonies and passion for their music was unmatched…..their joy infectious……” – Gregory Kitchel, 2009 American River Folk Festival 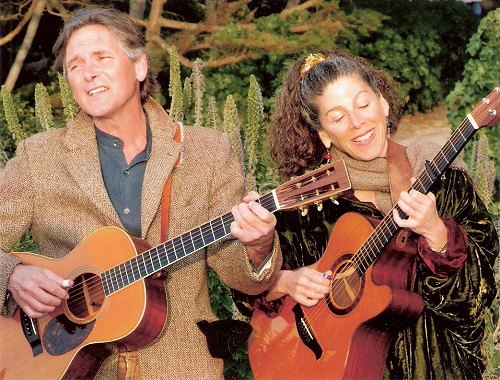 Monterey Bay-based and long-time favorites, Alisa Fineman and Kimball Hurd have earned both national and international acclaim for their singing, songwriting and world music repertoire.

Known for her ‘deep, emotional singing voice,’ Alisa’s background in sacred music adds a compelling world music component to this duo’s lush repertoire. She is perfectly complemented by multi-instrumentalist and singer songwriter Kimball Hurd, best known for his role in City Folk.

A Bammie (Bay Area Music Association) award winner, Kimball offers up songs from his own catalog of powerful originals such as his widely covered song “Shine”. His instrumental prowess adds dimension to the duo’s performances with vocal harmonies and an array of tasteful musical accents on guitar, mandolin, mandola, dobro, banjo and slide guitar.

Their engaging, down to earth and loving collaboration has earned them appearances at at festivals such as California’s Strawberry Music Festival, Kate Wolf Music Festival, Austin’s South-By-Southwest, the Kerrville Folk Festival and Jacob’s Ladder Folk Festival in Israel. Alisa’s rendition of “Ocho Kandelikas” from her Closing the DistanceCD has recently been included in a new Putumayo CD compilation. Recognized as a “Champion of the Arts 2011” by the Arts Council of Monterey County, Alisa is also a four-time winner of the Monterey County Weekly’s ‘Best Folk Musician’ poll.

“Their appreciation for the ordinary miracles of every day infuses their songs, which sing to a sense of place, possibility and deeper meaning in all of us. They replenish the world with beauty on every level and are good medicine for the soul.” – Monterey County Weekly

“Alisa and Kimball are easily among the best of the next generation of singer-songwriters.” – Tom Paxton