Friday, January 26 is a fundraiser for Hospitality House. 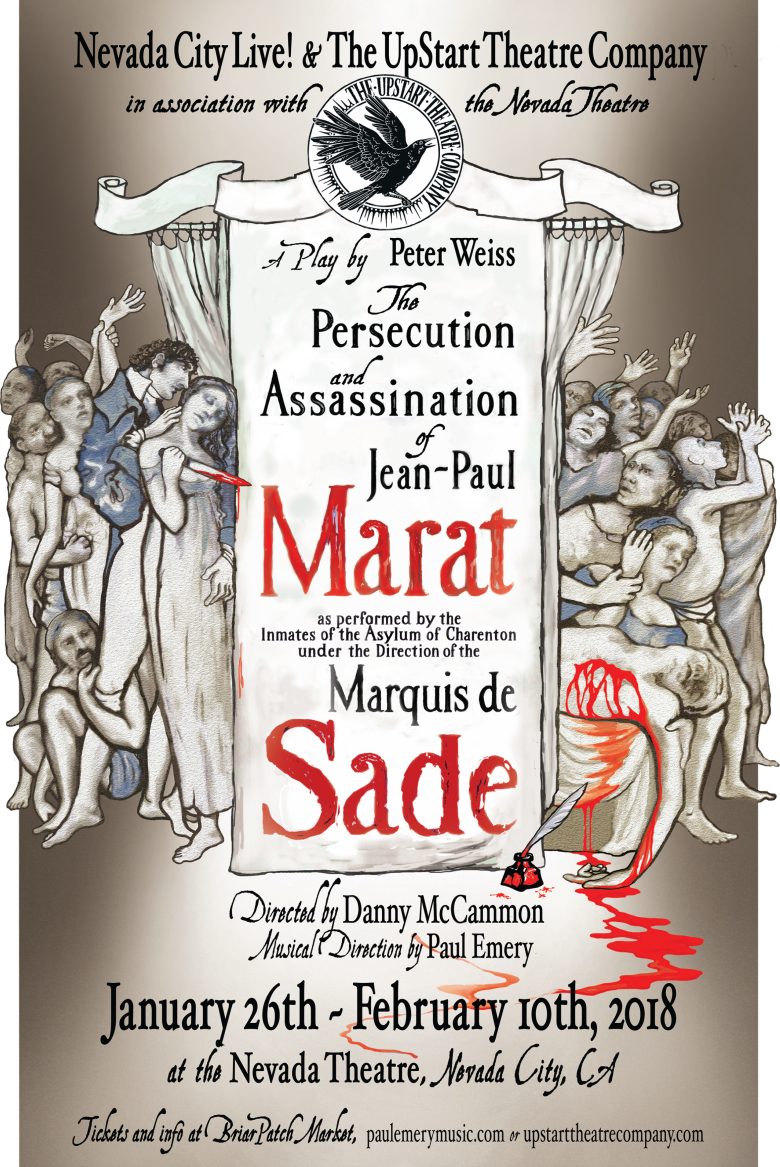 Commonly referred to as Marat/Sade due to its long title, is a play within a play. The audience, upon entering the theater, enters the Asylum of Charenton a decade or so after the French Revolution, to witness a play performed by the inmates.   Directed by the Marquis de Sade, the play is about the assassination of Jean Paul Marat, a leader of the revolution, famously murdered in his bath. The actors playing inmates also act out the roles of historical characters, and, as the general chorus, represent the populace in the aftermath of the revolution, which brought about great change, but plenty of bloodshed, without improving their lot. The Marquis de Sade was indeed incarcerated at Charenton for more than a decade for his abusive, violent, and aberrant views and behaviors and did direct inmates in his plays.

The UpStart Theatre Company is a newly formed group of Nevada County artists who have worked together in theatre for many years. They chose Marat/Sade as their inaugural production for its history in this community, its grand scale, and cogent themes. They joined forces with Paul Emery, long time friend and ally, to serve as Musical Directors he has twice before, having instigated productions in 1995 at St. Joseph’s Cultural Center and again in 2005 at the Center for the Arts in Grass Valley.